SBF and SBF Foundation held the official opening of its new offices at SBF Center on 5 September 2017, a milestone event marking a double celebration – its relocation to new premises as well as its 15th anniversary. Also announced at the official opening event was the formation of the Trade Association and Chamber (TAC) Alliance, comprising 31 Singapore TACs and business groups. An SBF-led initiative, the TAC Compact aims to unify Singapore-based TACs into an alliance, working together as strategic partners and collaborators to further the interests of members and facilitate the growth of the business community.

Vietnam Chamber of Commerce – VietCham Singapore is proud to be part of TAC Compact.

Join us to get free Singapore market insights: fb.com/groups/mocongtysingapore/ 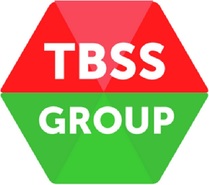